Listen Here Reviews has gotten the chance to work with some great people from all around the world. Along the way, we’ve gotten some very enthusiastic thank you’s. Here’s what people are saying… 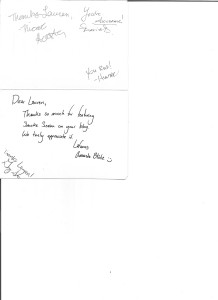 Listen Here Reviews tweeted about the 2017 lineup for Austin music festival Old Settler’s Fest. The festival responded with the following thank you.

our pleasure. It's friends like you who help make the festival such a success each year. Cheers.

Listen Here Reviews has appeared in a few music business directories in North America and the United Kingdom. They are Leave The Label (listed among 3,000 influential blogs that musicians should know) and The Indie Bible (listed among 3,200 music blogs and magazines that will review music.)