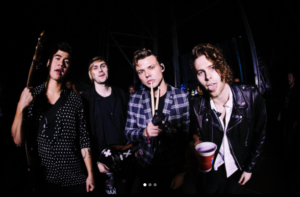 5 Seconds of Summer has announced the release of an On The Record documentary through Apple Music on June 11th, in celebration of their new album Youngblood. The band will also be playing a special show for fans on June 15th in New York City, where you can also watch the documentary with the band. You can get your tickets here. Youngblood will be released on June 15th.