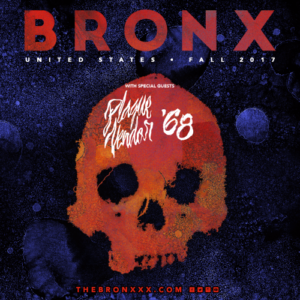 ’68 has announced a tour where they will be the support act for The Bronx  and Plague Vendor. The tour is set to start on September 22nd at the El Rey Theatre in Los Angeles and wrapping up on October 19th in San Diego, California at The Casbah. Tickets go on sale on August 11th at 1pm EST here.