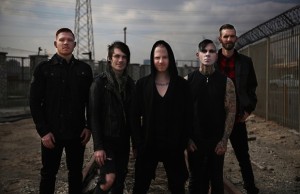 A Skylit Drive have announced new members which include Brandon Rage from Motionless In White on drums and Michael Labelle on bass. Last year, former A Skylit Drive members Cory La Quay and Brian White announced they were leaving the band. The band are set to release their new single “Within These Walls” on March 10th. You can check out a teaser below.