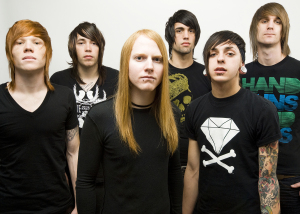 Despite losing two members recently, A Skylit Drive is going to continue on. The band has announced that they will rereleasing their last album Rise and releasing it as an acoustic album called Rise: Ascension which will be out in January. Along with the new acoustic record, the band will also be releasing a new album next summer. You can watch a video announcement from the band here.