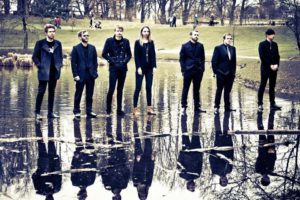 Abel Raise The Cain has released their new single “Every Rise” which you can check out below. Formed in 2012, the band is influenced by Arcade Fire, Editors, and Sigur Ros, the band has plenty of potential to become well known throughout the music scene. The band has completed work on their album For Strangers Only, set for release today.

Listen to the bands latest single “Every Rise” below.