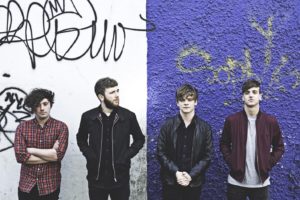 The Academic will be releasing their debut album Tales From The Backseat on January 12th. A new song titled “Permanent Vacation,” which the group has been playing on tour, will be out tonight at midnight. The band will be revealing the LP’s songs over the next few weeks and will be available soon for pre-order.