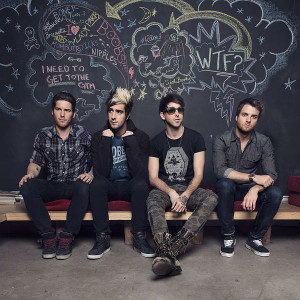 Congratulations to All Time Low for going Gold with their song “Weightless” off of their 2009 album Nothing Personal. The band is currently working on their sixth album with producer John Feldmann. The band will also be contributing to the movie Fangirl where they will be appearing on the soundtrack and playing themselves in the movie.