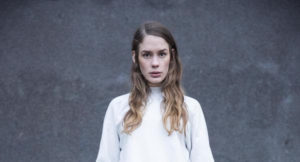 Anna of the North has released their new single “Oslo” which you can check out below. Brady Daniell-Smith, a member of the band, wrote the song after meeting a few homesick Norwegians in Australia and began writing the song based on a photo he had of the city. Speaking to The Fader who premiered the song, Daniell-Smith offered the following details about the songs beginnings. “It seemed so untouched and really captured my imagination. I met Anna soon after and we finished it together — she brought an authenticity to it that makes it feel like a love letter to the city.”