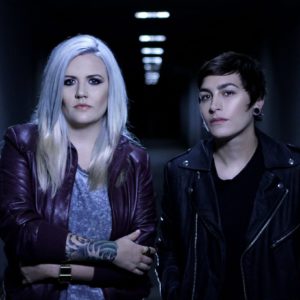 Antiwave has premiered their new single “Agent of Sleep” on Buzznet. Speaking about the track front woman Heather Baker says, “The driven sound of ‘Agent of Sleep’ is about the two entities that inhabit my consciousness and I’m sure many others. The side of hope and reason and the side of defeat and death alongside the pseudo-fictional storyline of assisted suicide becoming a new-age antidepressant.”