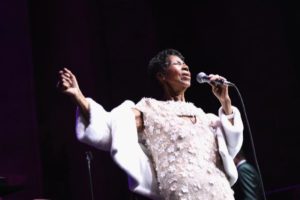 Aretha Franklin has died at the age of 76 after battling a number of undisclosed illnesses. She has been receiving hospice care at her Detroit home for the past several weeks. She released her first album Songs of Faith in 1956 and had her hit in 1967 with “I’ve Never Loved A Man (The Way I Love You.”) In November of 2017, she released A Brand New Me, a collection of archival Atlantic Records vocal recordings set to new orchestral arrangements by the Philharmonic Orchestra.