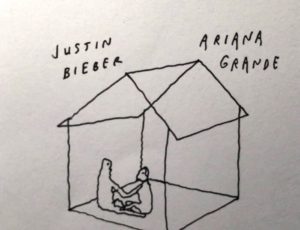 Ariana Grande and Justin Bieber have released their new joint single “Stuck With U,” which you can listen to below. While the pair have been friends for years, this is the first time they have released a song together. The video for the track (see below) features videos of fans, various celebrities, and Grande and Bieber with their significant others during quarantine. While I was initially skeptical about how their vocals would sound together, it actually turned out to be better than I expected and that slight reggae feel gives the song its depth and feel.