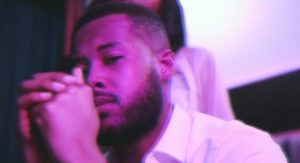 Aye Nizzy has released his new music video for “Good For Me,” which you can check out below. Talking about the song he says,“Good For Me” is when Jamaica & Africa meet the Orient half way. The inspiration behind the song was depicting a classic relationship scenario where a male and female are madly in love but outside interference causes doubt but in the end true love prevails. The sound is heavily influenced by Jamaican & African music with a sprinkle of the orient. The oriental flutes emphasise this, as well as the video setting.”

Aye Nizzy will be releasing his new EP Summer of 94′ on June 8th.