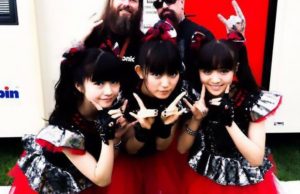 Japanese group Babymetal will be supporting The Red Hot Chili Peppers on their upcoming UK tour, set to kick off on December 5th in London at The O2. Check out the dates below.