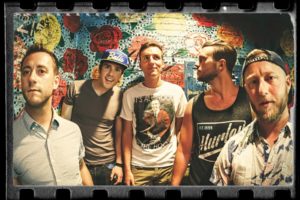 Chicago band Ballroom Boxer will be releasing their new album Tides on July 15th, and to give fans a taste of what’s to come on the record, they’ve released a video for their new single “Make It Home”, released today. “Make It Home” includes videos the band have released on Snapchat, along with lyrics to the song.