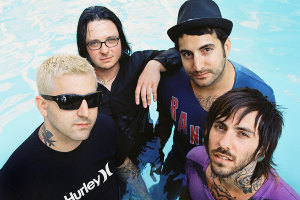 Bayside will be releasing a new album titled Vacancy, due out on August 19th. To support the album, the band will be hitting the road with Sorority Noise and the Menzingers starting on August 11th in Fort Lauderdale, Florida. Check out the dates below and pre-order the record here.