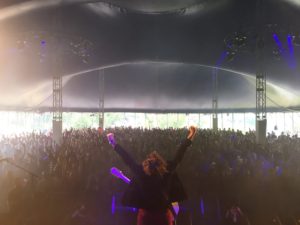 Beach Slang will be releasing their new album A Loud Bash of Teenage Feelings, set to drop on September 23rd on Polyvinyl Records. To give fans a taste of the new music, the band has released the lead single “Punks In A Disco Bar,” which you can listen to over at Chorus.fm. You can also pre-order the album here.