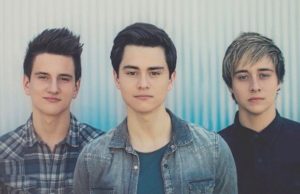 Before You Exit, the band who was touring with former The Voice contestant Christina Grimmie, has released a statement regarding her death. Christina was murdered while signing autographs for fans after a show in Florida yesterday. The shooter who did not know Grimmie personally had traveled from another city to murder the singer. He killed himself after being tackled by the singer’s brother who was trying to protect Christiana from further harm. You can read the statement from the band below. 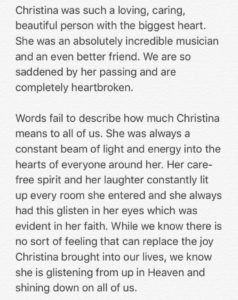 Listen Here Reviews tweeted about Christina last night. Our thoughts are with her family, friends, and fans at this time.