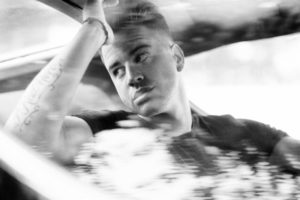 Ben Hazlewood has released his second single from his most recent EP EOS, titled “Sail Away.” Hazlewood has said the following about the new single “Sail Away’ is a journey of letting go, which is the hardest thing to do after fighting for so long to keep the dream alive. It’s when the natural resistance to admit defeat sets in and provokes taking that one chance to move forward instead of waiting for the change that may never come.”