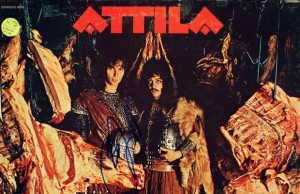 While most of us are familiar with the current metalcore band Atilla, Billy Joel also fronted a metal band of the same name back in the 1960’s. The blog Dangerous Minds has shared some details about Joel’s short lived project and you can listen to the bands only record below, which was released in 1970. The record is considered by many music critics to be the worst rock album ever made.