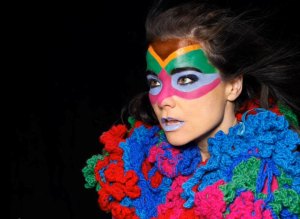 Bjork has released the video for the song “Stonemilker,” though you will not be able to watch it on Youtube. The video is a virtual reality film shot with a 360 camera that requires VR technology. In order to watch the video, you’ll have to head on over to MoMa PS 1 in Long Island City or a Rough Trade shop in London or New York within the next several months. You can find more information here.