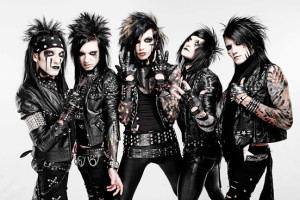 Andy Biersack of Black Veil Brides has confirmed that the band will most likely head back into the studio this winter to record their next album. In an interview with Mike James Rock Show, Biersack also teased at the possibility of the returning to the UK to tour behind their current record before they start recording the next release.