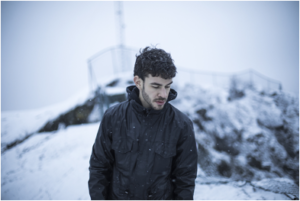 Boerd, the former bassist of the Swedish Royal Opera, Swedish Radio Symphony, and Royal Philharmonic Orchestra, has released his new single “Blind.” Talking about the music video for the track, Boerd says “I ended up writing the script for the video myself. I thought driving a car with someone could be a metaphor for a relationship; you’re not always sure where you’re going or when (and if) you’ll arrive somewhere, etc. The song is about a relationship that’s not in complete balance, where something is a bit off. It’s a song about feeling vulnerable, which can really suck but also bring you close to someone. Rather than having the video tell a specific storyline, I tried to capture that bittersweet mix of uncertainty, vulnerability and affection.”

Boerd’s upcoming mini EP Static is out in March via Anjunadeep Records.