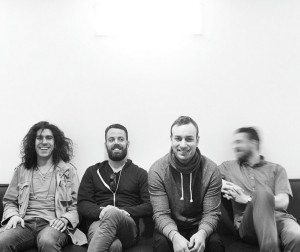 Brand New have debuted a new song “Don’t Feel Anything” at their in Denver last night. This will be their first new song in six years. You can watch footage from the show over at Consequence of Sound. The band has started sending out the lyrics book for their album The Devil and God Are Raging Inside Me, nine years after the records release. In the original “lyric book” for the album, it only contained phrases, but no actual lyrics. At the end of the book, there was a message for fans saying “”Please send $1 to *address* for a complete copy of the lyrics.” While many fans sent in dollar bills, no books were ever received. Pictures have popped up online, with many of them including the dollar bill that was originally sent.

In other news, the band has relaunched its Instagram account, along with spending a lot of time in the studio.