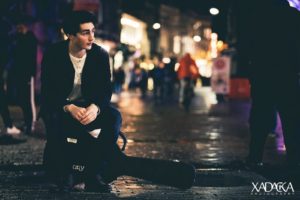 Singer-songwriter Brendan Murray has released a cover of The Cranberries hit “Zombie,” which you can watch below. Murray recorded the video in honor of the band’s front woman Doloras O’Riordan, who passed who away earlier this week. The video was filmed at Martin’s Cellar Bar, a pub in Galway, Ireland.