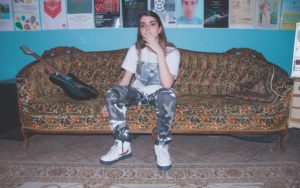 Netherlands vocalist, bülow has released the music video for “Not A Love Song,” which was filmed in Berlin, Germany. Talking about the video, she says,
“I wanted this video to be natural, just being myself in a fearless city. Berlin is a special place to me.” She released her debut effort Damaged Vol. 1 last year.