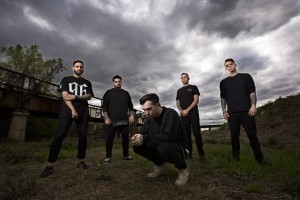 Cane Hill has released the music video for “Lord of Flies” which you can see below. The song will appear on the band’s new record Too Far Gone, out on January 19th. If you are interested in hearing the group live, they will be hitting the road with Of Mice and Men, Blessthefall, and Fire From The Gods starting on January 18th in Southampton, UK at Engine Rooms.