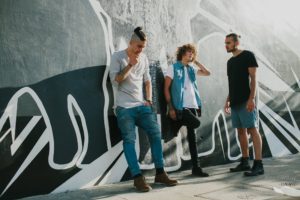 Cheat Codes member Trevor Dahl has teamed up with U2 to sing on a new version of the Irish band’s new single “Love Is Bigger Than Anything In Its Way.” The original version of the track appeared on the U2 album Songs of Experience, released in 2017. Take a listen below.