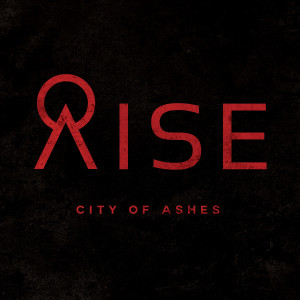 Rise, the latest album from Brighton, England rockers City of Ashes, is an album that is energizing, haunting, and game changing, and for anyone who has not heard the band’s music they will be pleasantly surprised at what they hear. Hitting their audience with eleven hard hitting tunes, City of Ashes possess a natural talent for writings songs that is noticeable right away. With their single “Masks”, from their 2013 effort All We Left Behind amassing 40,000 views on Youtube, City of Ashes are well on their way to making an impact in the music industry.  Opening Rise with the haunting intro titled “Uprising”, City of Ashes won’t be unknown for long. Kicking off the track with a dark bass line from bassist Dan Frederick and gang vocals from the rest of the group, the brief track sets up the emotions that we feel throughout the record, making us feel as though we can relate to the bands lyrics and the album’s overall themes.

Tracks such as “Vipers Nest” also have a much darker sound with strong vocals from front man Orion Powell who may remind some fans of AFI vocalist Davey Havok with his bold voice and moving lyrics. On tracks such as “Sometimes” City of Ashes injects a ballad into the release which makes for a beautiful inclusion in the record.

To close the album, City of Ashes places a track titled “Battles of My Youth” at the end of Rise, making for a release that will certainly do well, as it is the right step in the direction of success.

Watch the music video for “Battles of My Youth” below.