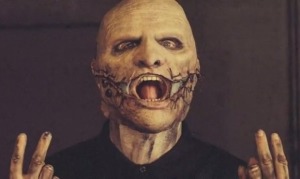 Corey Taylor of Slipknot has released an acoustic performance which you can watch over at Taylor’s official website (you must sign up to watch it.) The performance was filmed in May of 2016 at KOKO in London. Below, you can watch him perform “Tired” by his other band Stone Sour.