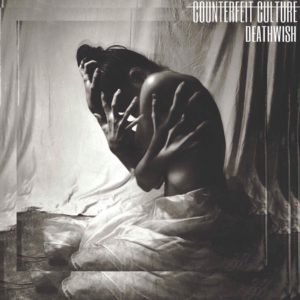 New Jersey metal band Counterfeit Culture has released their new three-song EP Deathwish, with themes of domestic abuse and drug abuse throughout the EP. Opening with the song “Apothecary” we hear the group’s thundering drum beats, melodic guitars, and low growls from front man Nick Broglio, making the bands darker sound an exciting listen for both old and new fans, though the EP is not all about brutal guitar riffs and racket-like drums, however.

On tracks such as “Second Soul” the group throws plenty of melodies into the track by slowing down and showing off their softer side if only for a few seconds throughout. Rounding the band’s sound out, “Soul” is one of those kinds of songs where if you aren’t a die hard fan of metal, you may enjoy this track for its lighter touches.

The same could be said for Deathwish’s closing song “X,” a number that takes on melodic tendencies while still sticking to the group’s metal roots to make sure they stay with one style throughout the release. While Counterfeit Culture is still largely unknown, Deathwish will move them further into the independent music scene as they find the best path to take on larger opportunities.

Listen to “Apothecary” below.