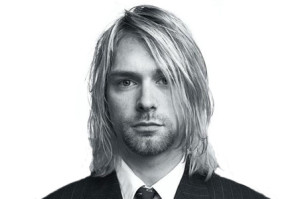 It has been reported that Courtney Love wrote the note mocking the couples wedding vows, which was found in his wallet at the scene of his suicide in 1994. According to author Charles Cross, the author of several books on Cobain, including Heavier Than Heaven, the couple would write sarcastic notes like the one found in Kurt’s wallet all the time. Courtney had given Kurt the note before their wedding in 1991.