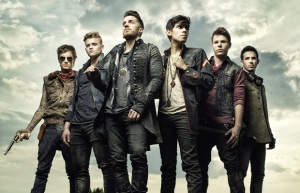 Crown The Empire has released a music video for their new single “Zero” which you can watch below. The music features footage from the bands time on the Warped Tour earlier this summer. The band will be touring with Of Mice and Men in September and October throughout the UK. Those dates are below.