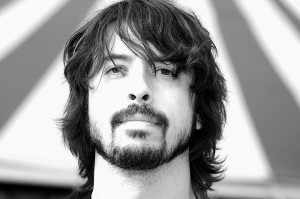 On tonight’s Sonic Highways, the show focused on Dave Grohl’s transition from drumming in Nirvana to being the front man of the Foo Fighters. During his final years in Nirvana, Dave wrote up to 40 solo songs including one titled “Hooker on the Street” which was played on the show. You can listen to the song here.