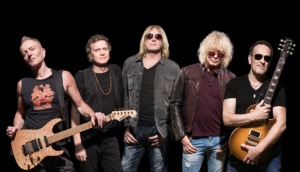 Def Leppard have released a new song titled “Dangerous” which you can listen to below via, Billboard. The band have also announced tour dates, set to kick off in February. You can see the dates below as well.