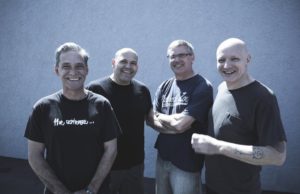 Southern California rock band Descendents has teamed up with Mikkeller Brewing Company in San Diego, California to create a coffee IPA. The beer will be named Feel This after one of the tracks on their newest record Hypercafficum Spazzinate. The beer will be sold in 25 US states and on the Mikkeller webstore for European customers. The beer debuts on November 4th.