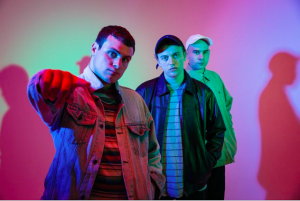 DMA’s has released a remix of their new song “The End,” by Channel Tres that you can listen to below. The UK based trio released their second album For Now in May, with Channel Tres dropping his self-titled debut EP in July. While DMA’s upcoming headlining tour of the UK is mostly sold out, you can still grab tickets to a few of the dates, which you can see below.