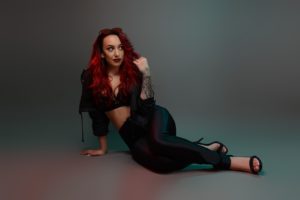 Vocalist Donna Lugassy has dropped her new single “Moonrise,” which you can check out below. The track will appear on Lugassy’s upcoming EP Love & Breakups, due out on March 13th. Raised in The Netherlands, Lugassy was placed in vocal lessons at the age of 10 and began producing her own music at age 14.