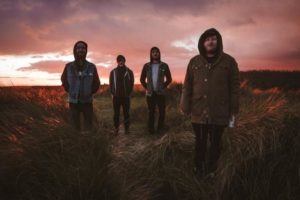 British rock band Ducking Punches has released their music video for “I Ruin Everything,” which you can check out below. Talking about the music video and song, front man Dan Allen says,“This is the most honest song on the record for me and writing this song saved my life in a very dark time, I was pretty close to checking out…. Charlie (the director) asked us all individually one question “What does the record mean to you?” Making this album made me feel alive again and those release shows really cemented that for me. I think it’s why this video is so special. Charlie did an amazing job on it.”

The band’s new album Alamort is out now on Xtra Mile Recordings.