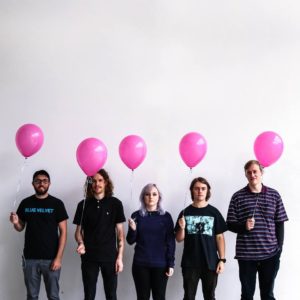 Australia’s Eat Your Heart Out has released the music video for their new single “Conscious” featuring Patrick Miranda of Movements. The band’s new EP Mind Games will be out on December 1’st. Talking about the inspiration for Mind Games, vocalist Caitlin Henry says,”We went into the recording of Mind Games with the intention of portraying the truest version of ourselves that we could. This EP deals with the negative feelings and internal dialogues associated with ongoing mental illness. Sometimes these things are all consuming and feel like they define us, and it can get hard to make anything out of the constant noise. Mind Games is about digging through some of those difficult feelings and trying to make some sense. We hope that even one of these songs might help someone who is struggling, to feel a little less alone.”

“Conscience is about being frustrated and tired of living in silence but every time you speak you feel like the bad guy. It’s about feeling guilty for things you’ve said or for the things you should have said and asking for a chance to get them off your mind.”