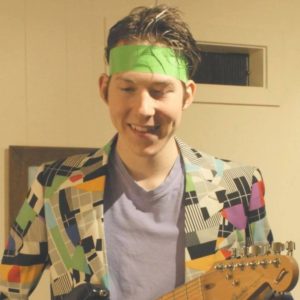 Eli Raybon has released his new song “Computer, Don’t Kill Me” which you can check out below, via Ones To Watch. Talking about influence behind the song Raybon says,“I was finishing some mixes for last Green and my computer kept freezing, making an unpleasant grinding noise. I realized how much pressure I put on it every day, and how I always expect it to just deal with the workload. It got me thinking: What if it gets sick of dealing with all of it and decided to kill me? As soon as the phrase ‘Computer, Don’t Kill Me’ came into my head, I knew I had a song. The personification of the computer is a little absurd, but the song is still genuine and perhaps a little tragic.”