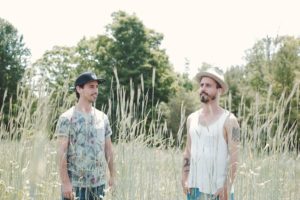 Nashville acoustic duo Endless Summer has dropped a gorgeous cover of the Jonas Brothers hit “When You Look Me In The Eyes,” to celebrate the band’s return. Endless Summer has included the cover as part of their new covers series Music Travel Love. The Jonas Brothers released the song as part of their 2007 self-titled album and it quickly became one of the band’s most well-known songs.