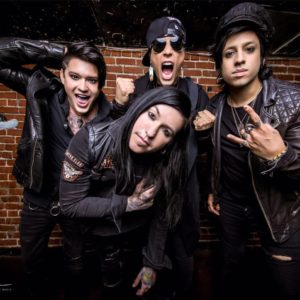 Escape The Fate has released the lyric video for their new single “Do You Love Me” which you can check out below. In addition to recently announcing a US tour with Papa Roach, the band will be also heading out on a UK headlining tour starting on January 20th at The Garage in Glasgow, Scotland. The band will be promoting their new album I Am Human, which is out on February 16th on Better Noise Records.