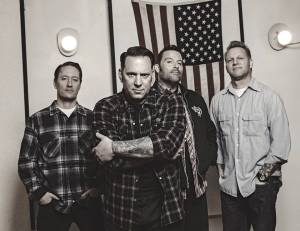 Face To Face will be playing their self titled album, Big Choice, and Don’t Turn Away from front to back over three nights at The Observatory in Santa Ana, California on December 26th, 27th, and 28th. Tickets go on sale Friday and you can find out more about the shows below.

Legendary Southern California punk band Face To Face are proud to announce the upcoming front-to-back performances of their first three classic albums Don’t Turn Away, Big Choice and Face To Face. Performing these full-length LPs in their entirety for the very first time in its 20+ career over a three-night stand at The Observatory in Santa Ana, CA, Face To Face will also be including outtakes, b-sides from the era, fan favorites and songs from its extensive catalog each night that will feature support from Pulley (Friday, December 26), Guttermouth (Saturday, December 27) and Unwritten Law (Sunday, December 28). Individual tickets for the upcoming run are $25 and can be purchased beginning Friday, November 7 at 10 a.m. PST via Face To Face’s official website. A limited quantity of “Trifecta” tickets that include admission to all three shows, along with a commemorative poster designed by Lou Xray and signed by the band, will also be offered for $60 (plus fees).

It’s impossible to talk about Face To Face without mentioning the rich legacy the band has left on the punk scene since frontman Trever Keith formed the band in Victorville, CA, over two decades ago. As the band has grown and developed, their fans have done so along with them. Now returning to their roots by playing the music from their first three records, including some songs that have never been performed live, the band has come full circle with their fans, back to where everything started.

“Now that we’ve wrapped up the touring cycle for our last record, Three Chords and a Half Truth (Rise Records), we are thinking about what kind of record to make next,” said Keith. “I think playing our earliest music live in the area where we used to play these songs over 20 years ago will inspire us to create a more ‘old school’ punk rock record like we want to for this next one.”

When Face To Face reunited in 2008 after a four-year hiatus, making new records was the last thing on their mind. “The idea was we would just get together to play some live shows, but after two years of doing that it developed into us writing new material,” Keith explains. “Three Chords and a Half Truth marked our eighth studio release and I think now is a great time to take a step back and enjoy the early music that has brought us here almost 25 years later. It’s also a great way for some of our younger fans to familiarize themselves with our roots. Sometimes taking a look back is the only way to move forward.”

When asked about joining the stage again with the likes of Guttermouth, Unwritten Law and Pulley for these shows, Keith had this to say: “I am looking forward to seeing the guys and hanging out and enjoying the music. These are bands that we used to play music with back in the early-’90s and throughout the years – we have a lot of great memories. It’s always a blast to see old friends.”

All of the pieces are falling into place and Face To Face has returned to the spotlight. When asked about his expectations for the next chapter of Face To Face’s already incomparable career, Keith comments: “As long as people are still enjoying our music and it’s still meaningful to them like it is to us, we’re going to continue and never look back.”

Face To Face will be making the following appearances during December. Dates below.