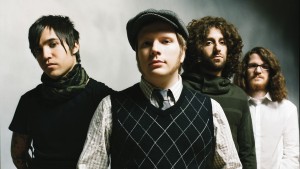 Fall Out Boy has released their new single “Love From The Other Side,” which you can check out below. The group’s new album So Much (for) Stardust will be out on November 24. The band released their debut album Take This To Your Grave in 2003 and released their last body of work Mania in 2018. The new album announcement also comes also with an announcement from guitarist Joe Trohman, who says he is leaving the band temporarily to focus on his mental health while assuring fans that he will return.