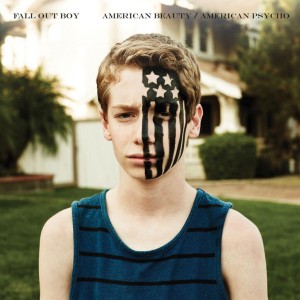 Fall Out Boy have put their upcoming album American Beauty/American Psycho up for pre-order on iTunes. You can check out the track listing below, as well as listen to the song “The Kids Aren’t Alright” here. You can also see an explanation for the album’s artwork below.

this photo was meant to capture the threshold between the american beauty and the american psycho… what rages on the inside- how we what we all feel is permanent and impermanent all at once. we can change but do we really want to? activate yourself, protect your dreaminess. or break it- ‘because without the cracks the light couldnt get out.’