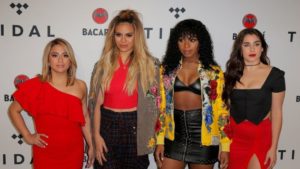 Girl band Fifth Harmony has announced an indefinite hiatus after six years as a group. The band formed in 2012 after all four current members auditioned as solo artists on the second season of the US X Factor. The band will now be focusing on solo careers. Former member Camila Cabello left the group in 2016 to pursue her own solo career. Her debut solo effort Camila was released earlier this year. Fifth Harmony’s last album, which was self-titled, dropped last year. A full statement from the group can be found below.