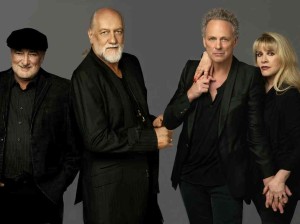 Spin has posted an article about an earlier version of the classic Fleetwood Mac song “Landslide.” Appearing on the upcoming edition of the band’s self titled deluxe reissue, fans will hear subtly differences on this first recording, then on the final version. While it still features Lindsey Buckingham on guitar and Stevie Nicks as the tracks lone vocalist, her voice is a bit rougher and raspier, leading fans to wonder why they didn’t use this recording as the final one.

The reissue of Fleetwood Mac is out on January 19th.