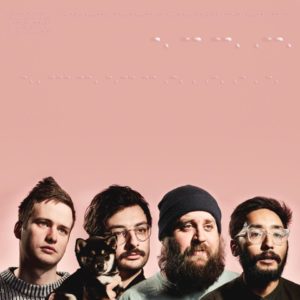 Foxing has released their new song “Gameshark,” the last promotional single before dropping their new album Nearer My God, out on August 10th via Triple Crown Records. Taking their music to new heights, the group recorded “Gameshark” in five languages (English, French, German, Spanish, and Japanese,) which you can listen to on Spotify. The band will be performing shows in the UK this month with Pianos Become The Teeth, which you can see the dates for below. Nearer My God is the followup to 2016’s Dealer.