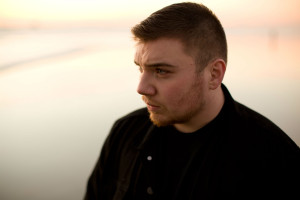 Front Porch Step has written a Facebook post responding to the allegations against him that he was sending inappropriate text messages to teenage girls. You can see the response below.

For my fans this is for you, you deserve to hear my side of the story. Plenty of people have said what they wanted to say and now I believe its my turn:

When I was younger, I had a lot of dreams, and my reality was that they were just that….”dreams”, until by the grace of god, someone saw me playing my music and made my dreams my new reality. My life was about to change in ways I couldn’t comprehend for better and for worse. Growing up wasn’t easy. I lacked a lot of self-confidence and had body image issues, things that aren’t just specific to women or girls. I didn’t have a solid family foundation, I didn’t have a lot of friends, at times I felt socially alone, and I certainly wasn’t much of a ladies man. If you have listened to my music you would know this. Music was my outlet. I poured my very honest heart and soul into it and somehow that outlet became a career. Sometimes I am still in shock thinking about it all. All of a sudden, I gained some confidence. My music was making people happy, I had a group of online “friends” who felt the same feelings as me – I wasn’t alone anymore and for the first time I started to feel like I mattered. I made it a point to always be available to my fans, they are the reason I was now playing shows for a live audience. I was receiving messages from all over the world, from people who felt like me. It was nice to know in the world of the Internet – I could never be alone again. Soon, all of a sudden the guy that thinks he is the ugliest dude in the world is being called “hot” and “sexy” by a bunch of women, people who I had never met in person and frankly I was not prepared for it.

Over the course of time I found myself involved in text based relationships with a handful of women. We met via the Internet and our pseudo-relationship lived online. I liked the new attention and the conversation, I like that these people were interested in me and what I had to say. For a guy who didn’t think he was cool enough or attractive enough to have a girlfriend, l suddenly had a handful of “online girlfriends” one text away. Something that was a blessing and a curse.

There are a lot of stories on the internet about how well I treat my fans. I take pride in the fact that THAT is the person that I am. I will not allow myself to be pushed around or be crucified by people who want to be heroes based off disgusting rumors. I eventually deleted my social networks off my phone and that was the greatest thing I could have ever done. You realize that in some ways the internet doesn’t matter. To be honest I spent the last few months wondering whether I wanted to live anymore. I strongly considered something that should never be an option. Something I’ve spent so many minutes of my shows speaking out against. A long break was much needed. I wanted to take some time to find myself. Time to learn to love myself, regardless of the abundance of hate I was receiving. So if that isn’t a good enough reason for you as to why I took my time responding, then you are free to continue to assume the absolute worst. If you would like something to boost your imagination, a lot of people from my town thought that I was kidnapped and killed. That one is my absolute favorite.

To be honest, this whole thing is so confusing because never once was there physical interaction, only online correspondence between consenting individuals. Are there women that thought they were the only ones I was texting with – yes, but that doesn’t warrant people the ability to bully ANYONE online and make potentially life altering accusations on a forum that spreads like wildfire, (which I am learning is an epidemic all on its own and a bigger social issue we all need to pay attention to.)

Am I responsible for my part of the conversations – yes, and for that I have learned a terrible lesson. As for the Allegations, they are just that – allegations and not charges. To be associated with words like child molester, pedophile, and rapist – are disgusting and deplorable and I am neither and NEVER will be. To be lumped in to that category is just gross. I have never had any romantic and/or sexual physical interaction with an underage person nor do I have the desire. Any woman that I had online interaction with was consenting and part of the conversations, they sought me out and I answered.

Texting is a two way street. Numbers have to be exchanged, correspondence has to be reciprocated. Any online private conversations that have now become public are not as one sided as they’ve appeared. As a touring singer song writer who had access to just about anything, I was happy. I was content. I never once sought out the attention from fans, but was happy to know that I had an online forum of adoring women who thought I was great. Sexual or otherwise, I only had text interactions with willing participants.

I have real friends that have supported me through this and it means the world. I have learned a lot about how this online world works and I have learned a lot about me. I have learned to love myself without the instant gratification of a text, and I’m really proud of that. This letter is for the people that didn’t instantly feed into rumors and one sided conversations. For all the haters, you can keep hating, I will no longer be paying attention to your negative energy. With that said, to any woman who expected me to be your prince charming and found out that I am not perfect, I’m sorry from the bottom of my heart. I am just getting back into what love most and playing music again, and I hope to see you this summer.